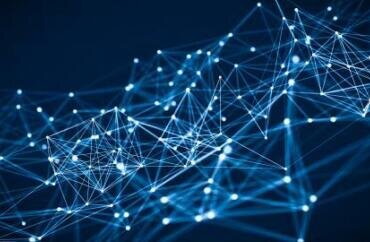 “Considering that no progress has been made in the last year to change the structure of the automobile, we can conclude that this invention has also completed its development and evolution.” January 2, 1909 - Scientific American Magazine

Although this sentence makes us laugh, it is a very valid statement considering the spirit (zeitgeist) of that time. The reason this statement is valid is that there was no definition at that time of a technological breakthrough specific to the automobile industry or in different fields that could transform the automobile structure. Of course, without the existence of such a technology, breakthroughs that can be made only remain at the imagination level. Well, if we associate our subject with the network, then which technological breakthroughs will impact our network realm today, and which network solutions, supported by which technologies, will be with us in the future?

Belated Adoption: An Introduction to Automation and Autonomous Networks

Programmability and automation are among all concepts that we have used in computers and many different fields for years. SD (Software Defined) technologies came into our lives all of a sudden as they show their effects in the network world. While these SD technologies provide both ease of management and flexibility in network structures, they have provided significant cost advantages in many cases.

Cognitive technologies such as artificial intelligence, machine learning, and intuitive networking (intent-based networking - IBN) that understand business requests are leading the way for the next breakthrough of the networking world. With this breakthrough, IT will be able to go beyond automating the tasks and companies will have a truly self-managing autonomous network.

The first issue we need to address on the road to autonomy is IBN. This technology is also called intuitive networking. There is a meaning behind the term intuitive. The concept of intuition is actually a characteristic of living beings. We can say that with the combination of sensors in technology, that is, our sense organs, awareness, and intelligence, we can comprehend holistically and accordingly become meaningful at the level of consciousness. This is a structure where everything is evaluated on a momentary basis, but only the necessary parts are made sense of. This is exactly the purpose of intuitive networks. An intuition commentary for more details on the subject.

In IBN, the network is treated as a single structure. The entire structure is tracked end-to-end from the application to their devices. In case of deviations from the regular flow, the system detects this for you and provides you with information about what the problem may be, its possible effects, and likely solutions. The information on the kind of solutions which have been reached in the cases encountered before is obtained from the databases and the changes on the network are made automatically according to the selection you will make. The last part is actually the most important part; For example, when you select the option to reduce a user's bandwidth, the system can automatically perform the settings on the devices linked to this user.

A Network that Understands Business Requests

In IBN, business requests are translated into network language and necessary changes are made over the network. For example, a new employee has started and needs to be given certain privileges on the network. If you have previously defined a person with a similar position to the system, you can say, "Create X person, define it to the Wi-Fi network with manager privileges". Here the workflows are the key. IBN will perform all of these transactions on the network sequentially. Of course, there must be a workflow that has already been implemented. You can call it a kind of network RPA application. :)

After the concepts mentioned above, we have brought together what IBN does in general, under the following headings:

End-to-End Visibility: In IBN, the network is treated as a single whole. In this network, everything up to the applications is part of that structure and can be viewed on a single screen structure.

Problem Detection: It detects anomalies on the system and informs you before the problem reaches the end-users.

Quick Problem Resolution: The structure may be constantly monitored, and problems may be detected, but if the solutions are complex, this speed does not matter. IBN offers solutions for problems and transfers know-how for previous problems in this area.

Change Detection and Adaptation: Assume that a number of manual changes have occurred over the network, and these changes have implications in many different areas. IBN detects these changes and makes the necessary adjustments to adapt it to the existing structure.

With IBN, the root cause identification problem, which is one of the biggest problems of the network, is also solved to a great extent. With its constantly learning structure, thousands of users recognize the situations that need attention in hundreds of different locations and tell you about them, offering an end-to-end management opportunity. It reduces commissioning times from days and hours down to seconds.

Autonomous structures will most likely emerge with the evolution of IBN systems. In this respect, IBN technologies can be seen as the right investment option for both today's and future networking world.

In the next blog post, we will examine autonomous networks and the technologies required for these networks. 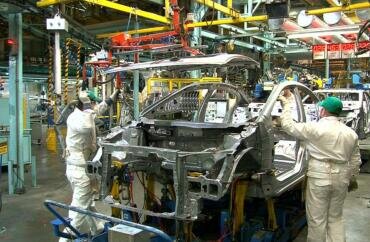 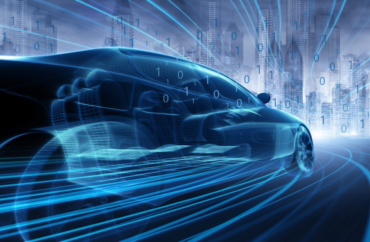 The Future of the Automotive Industry in Digital Transformation
YAZIYI OKU